Too much time on my hands

Posted by Steve C. on 1/21/2020 to Down Range - A Collection of Random Thoughts and Ramblings

Recently, I've been asked about my process from design through to completed product, so I figured why not share a little glimpse into the nerdy side of my world.  For this example, I will keep it to a simple design - my GSG-16 magazine couplers.

The initial idea was to keep it simple by using to halves that clamp together.  A screw and a nut would hold things in place.  The first step was to get a reference CAD model of the magazines.  I found a nice model of MP5 magazines at grabcad.com (if you’re into 3d modelling, check this site out).  And with some slight alteration to the overall dimensions, I had myself a reasonable space claim model to build my clamps around

Not exactly like the GSG magazine, but close enough to get a prototype design

To begin, I needed to make the rough shape of the clamp, taking into account the outer dimensions of the magazine.  I also needed to add a little bit of clearance.  In this case, 0.2mm on either side of the magazine – That’s right, I work in metric! 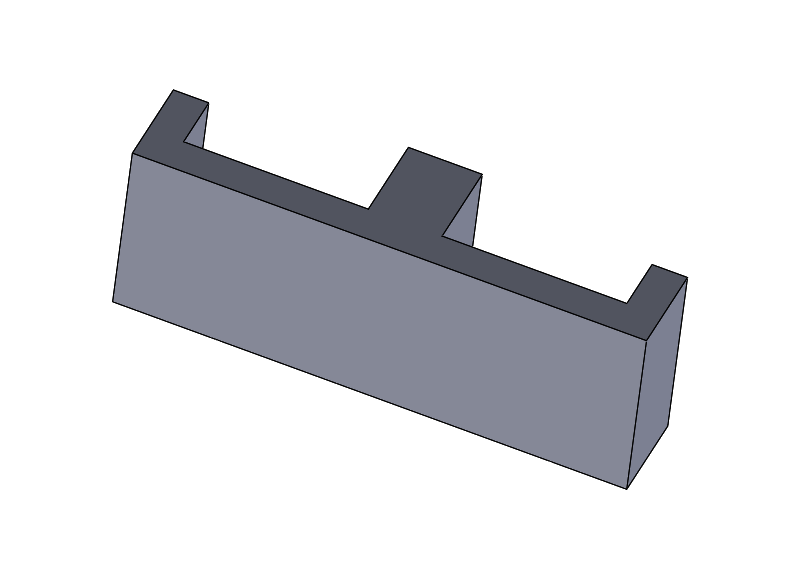 the rough shape – not pretty, but the function is already starting to show

Now that I had a shape that will fit the magazine, it was time to add a little more functionality.  I added a countersunk hole for the screw.  A #6 screw in this case – I may work in metric, but it’s still easier to get imperial hardware here in Canada.  I can’t explain that one… 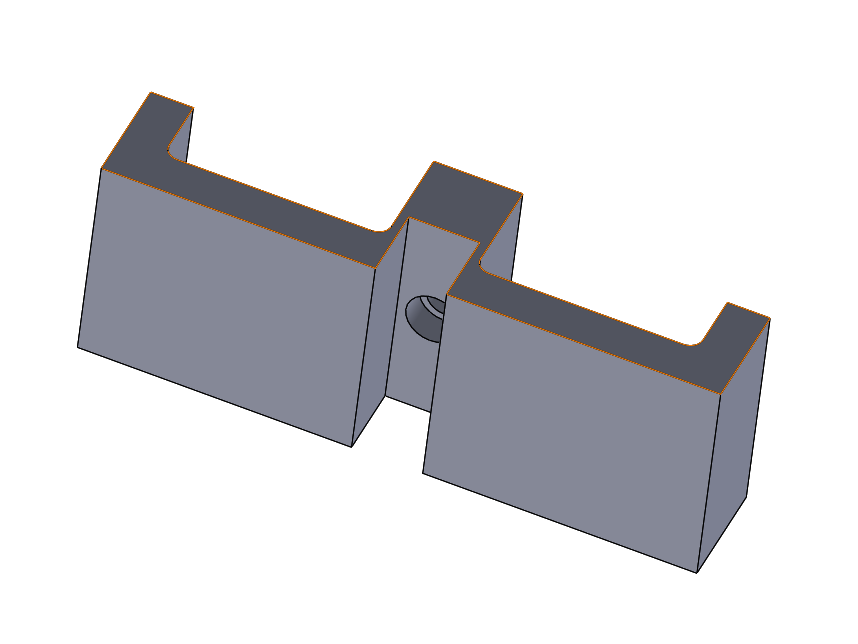 Our hole is added, as well as some fillets to help cradle the magazine.

Now I just needed to round some edges to keep things looking good and add a square cut into the couplers on each side.  This is partially cosmetic, but also for weight reduction.  For something this size, weight reduction isn’t a huge concern, but it is still a good habit (I think).

And that’s it, first half complete! 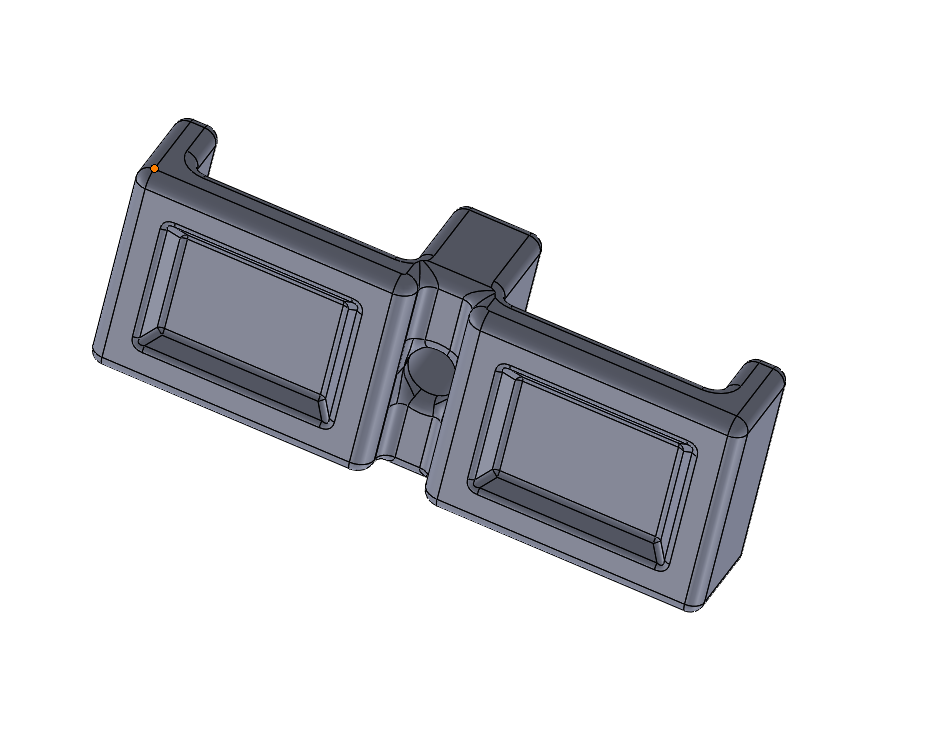 The completed model in all it’s glory.

The second half is just a mirror image, but the countersunk hole would be changed to a cut out that will accept a nut.  Easy Peasy, and we’re ready to make our first prototype!

Obviously the couplers would not fit this high up on the magazines, but to be honest, I was too lazy to update the picture :)

For this product, I wanted to keep costs down for both myself and the consumer and since these don’t need to be overly strong, I decided to just make this a 3d printed product.  So I ran the files through a slicer and fired up the printer.  Two and a half hours later, I had my first working prototype.  The screws fit, the magazines fit.  Time to head to the range and test these guys out

So, in this case prototype number one seemed to be a winner and I was excited.  I got to the range and got set up.  I loaded two mags and strapped them in, looking forward to the old “HK slap” followed by a quick mag change.  I took aim at the target, chambered the first round, fired… The bolt closes…I squeezed the trigger again…and nothing…just a click.  It turns out that the magazine couplers applied just enough pressure on the magazines to “squish them”, causing the internal components to bind.  The magazines coupled together look great, but they will not feed any ammunition.

The lesson here is that with product design, do not get excited by your first prototype…It is a process.  In this case, the process had hit a wall, and these couplers were useless.  If the magazines were a stronger material (metal), I am confident these couplers would have worked.  Oh well, back to the old drawing board…

Now, I am not one to give up too easily so I pondered this for a bit, and then I got an idea.  I needed to have two halves that clamp onto the magazines, but they can’t actually clamp because the pressure will cause feeding issues.  How do I make a clamp that clamps but doesn’t actually clamp?  Upon examining the magazines I notice some “cut outs” that are probably there just for weight reduction and cost savings in material.  This seems like the perfect opportunity.  I headed back to the computer and work on a new design.  This one would utilize those cut outs kind of like a snap fit.  One clamp would support the vertical cutout and the other would support the horizontal.  This should lock everything in place without actually applying any clamping force. 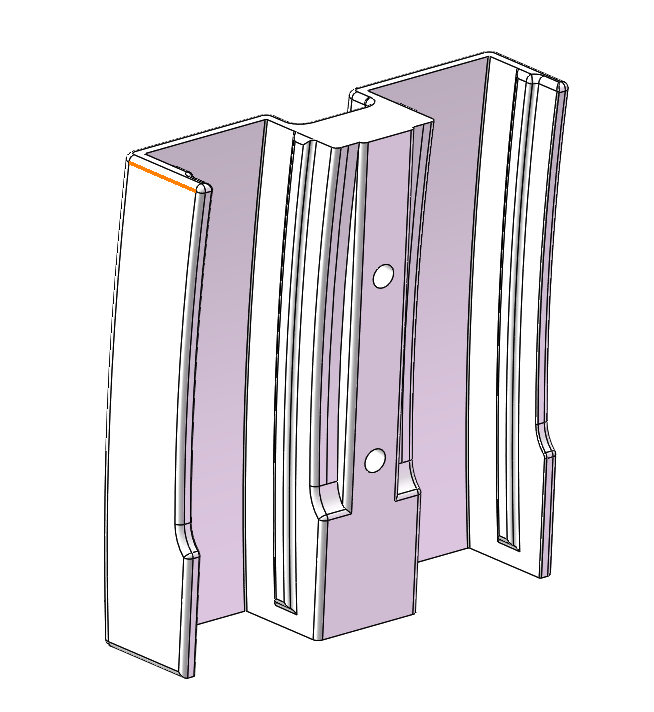 Notice the protruding part running vertical – This will hold the magazines vertical.  The opposite side will use the same concept, but for the horizontal.

To ensure everything is held firmly, I decided to make the couplers taller than the originals, and I added a second screw/nut combo.  I expect the hardware may not even be necessary, but it’s still a good fail-safe, so I’ll leave them in. 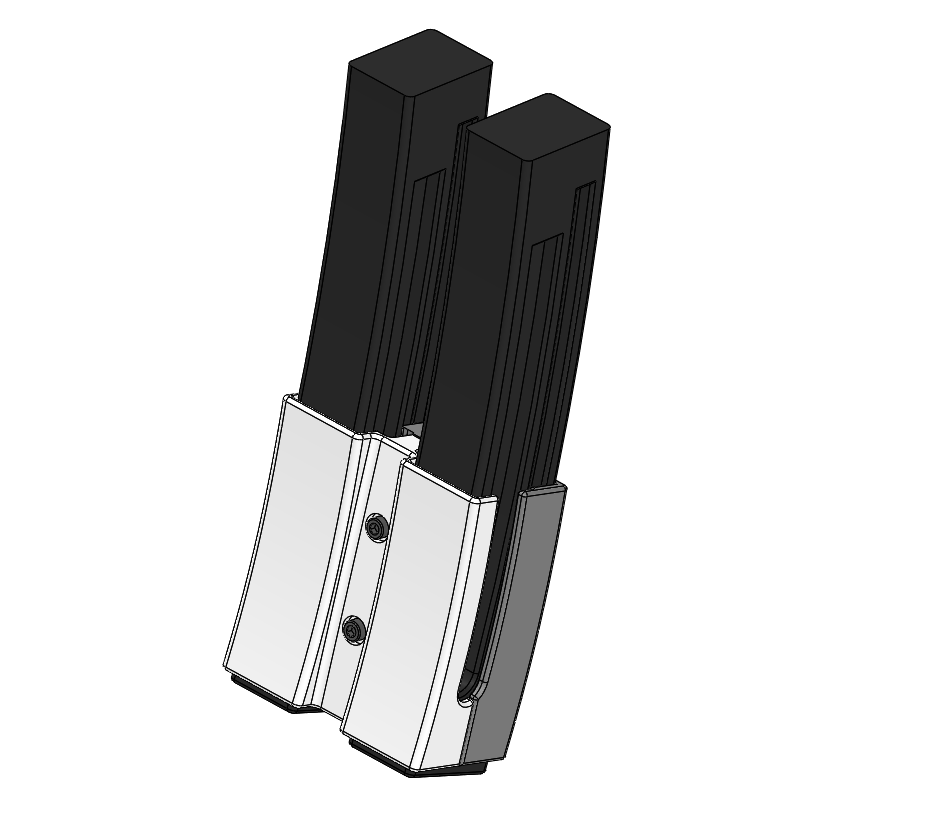 The final model for prototype #2.  A complete overhaul from the original.

After printing the new couplers, I strapped the magazines in and performed a function test.  No binding this time!  Everything seemed good, so I left for the range.  Once I was all set up,  I took aim at the target, chambered the first round, fired… The bolt closes…I squeezed the trigger again…bang bang bang bang! Mag swap!  HK slap! Bang bang bang bang!  That sentence does not begin to describe the fun I had, but more importantly, everything worked! 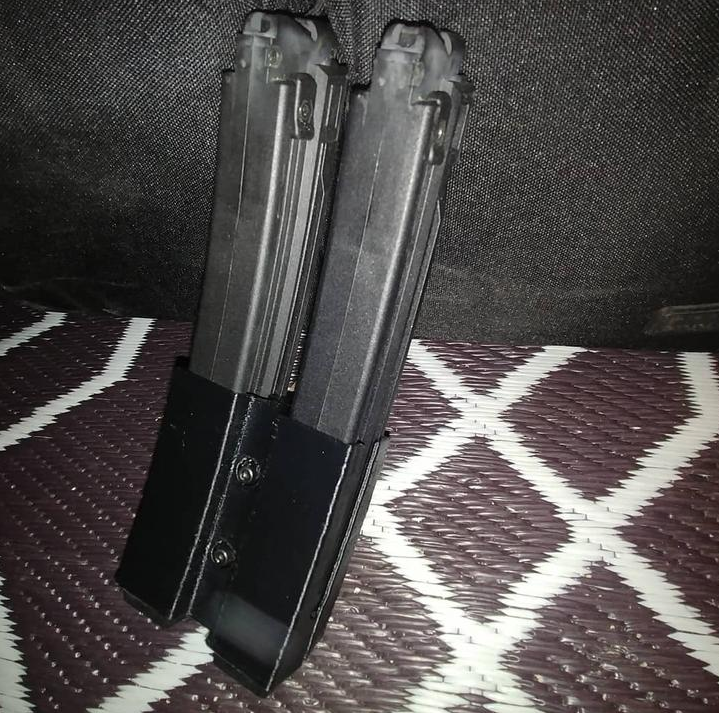 So that’s the story in a nutshell of how I came up with the GSG-16 magazine couplers.  Maybe some day I’ll write an article about developing the fiberglass stocks.  Or maybe I’ll spend that time developing new products.  Either way, it will be a fun ride, and I hope you’ll all be on it with me! 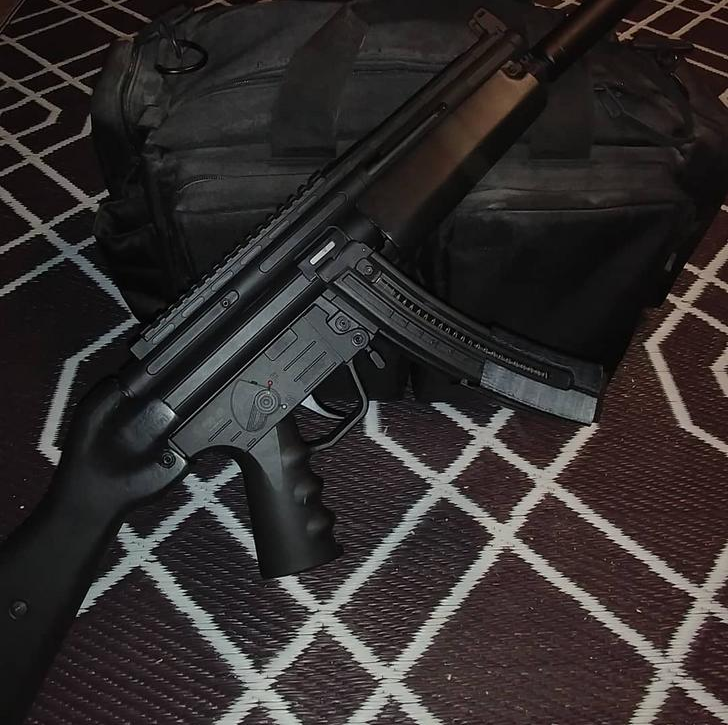